-Yeast (URA-, any further name?) from the liquid culture that Marc had left overnight in the 30 C incubator

-Turbo yeast, several grains added to water (20 mL) with about 3x the yeast's volume in sucrose

-The plates, except Teknova, were poured by CCL and were uneven. We microwaved the plates to melt them, ending up going about 1.5 minutes in 10 second intervals.

-100 uL of each yeast solution streaked onto each of four plates: 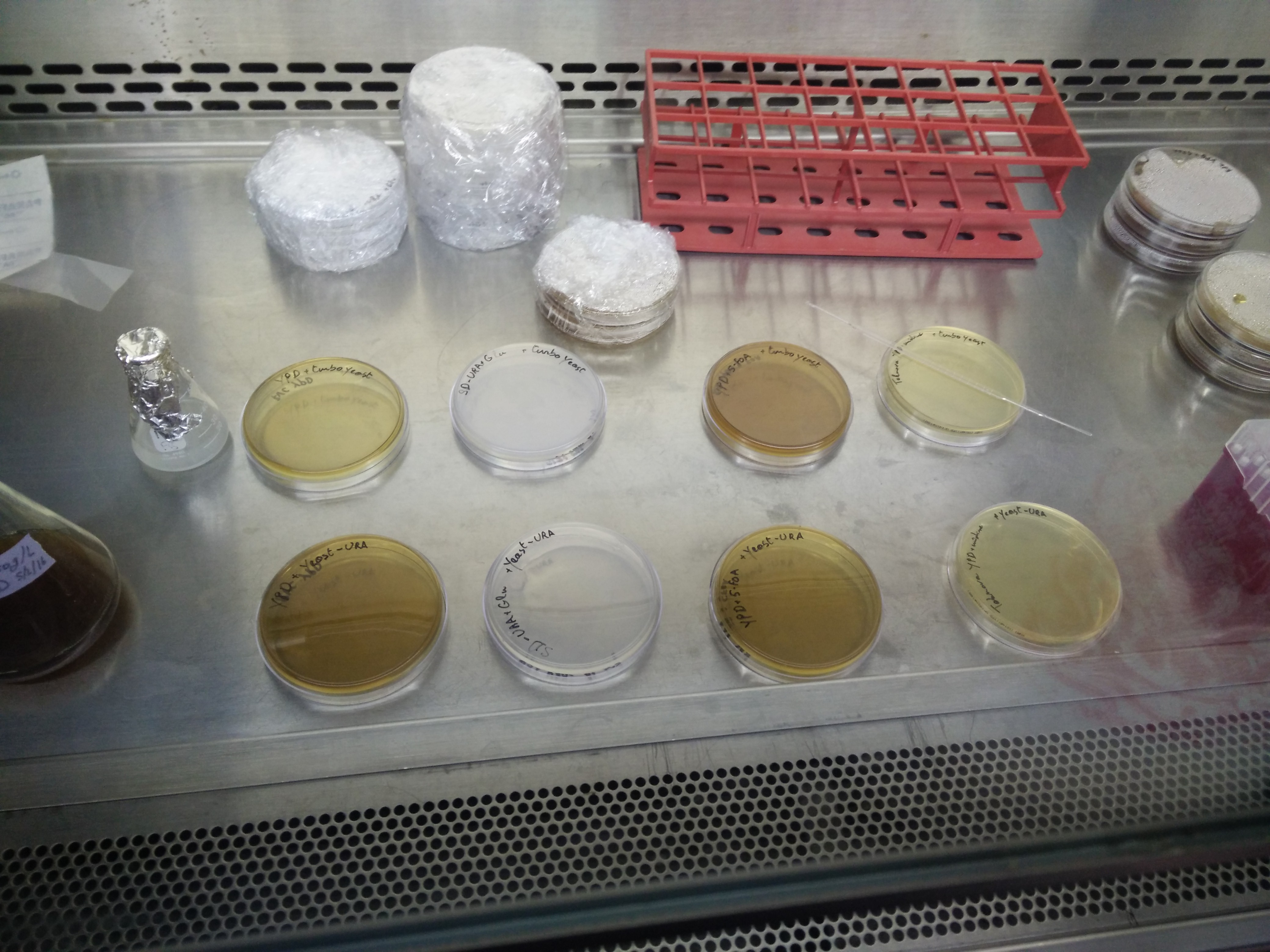 We're getting abundant growth on all plates for both yeast strains, except for the defined medium without URA, on which neither strain seemed to grow. :-(

1) Lots of growth with turbo yeast on the 5-FOA plate, which should not happen. Either turbo yeast is weird and doesn't get killed by 5-FOA (so we should get a lab yeast strain as control instead), or the 5-FOA was inactive or too low concentration.

2) No growth of turbo yeast on the defined medium plate. We should check the defined medium plates again, in case it just takes longer for the turbo yeast colonies to grow on that one. Can't really see it on the photographs, but there were definitely some faint traces of where I streaked the plates - could just be dried broth, or a haze of microcolonies. Either way, the plates look exactly the same for the turbo yeast and our supposedly URA- yeast.

I also screwed up weighing out the YPD when we made the media. Luckily Marc caught it and I think we were able to correct it. That doesn't explain why the turbo yeast and the supposedly URA- yeast behave exactly the same. But it's probably still worth redoing these plates again to be sure. 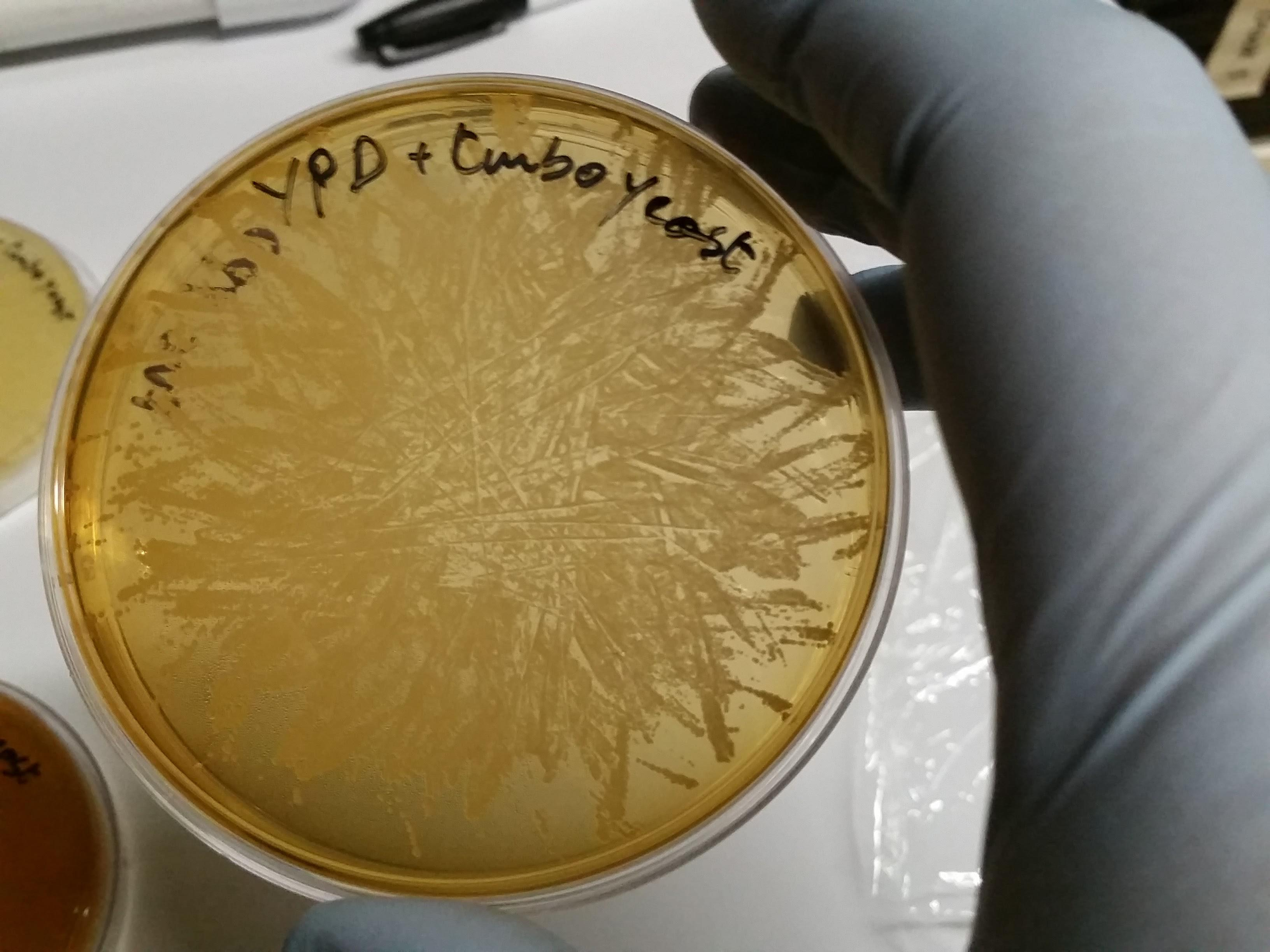 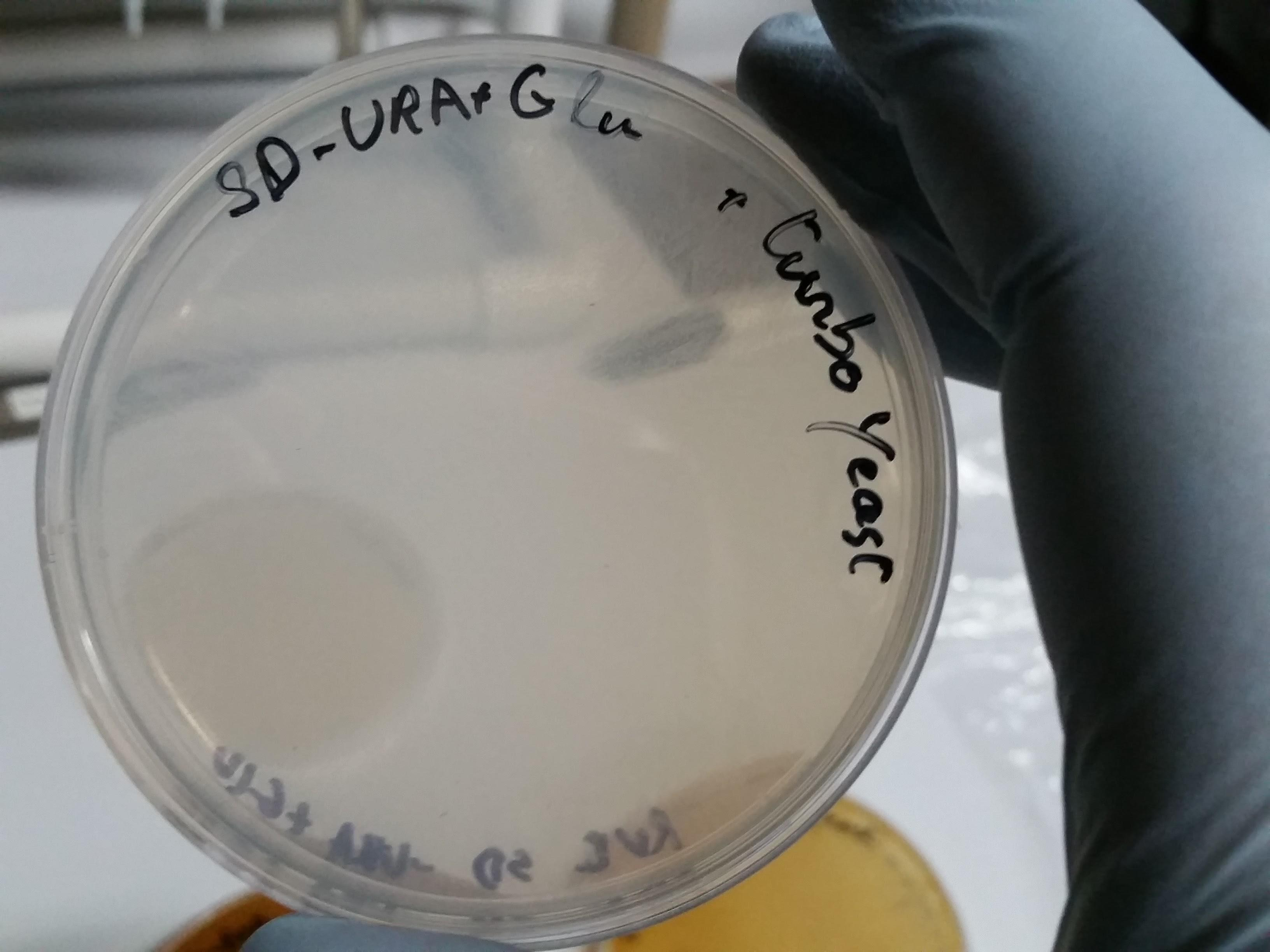 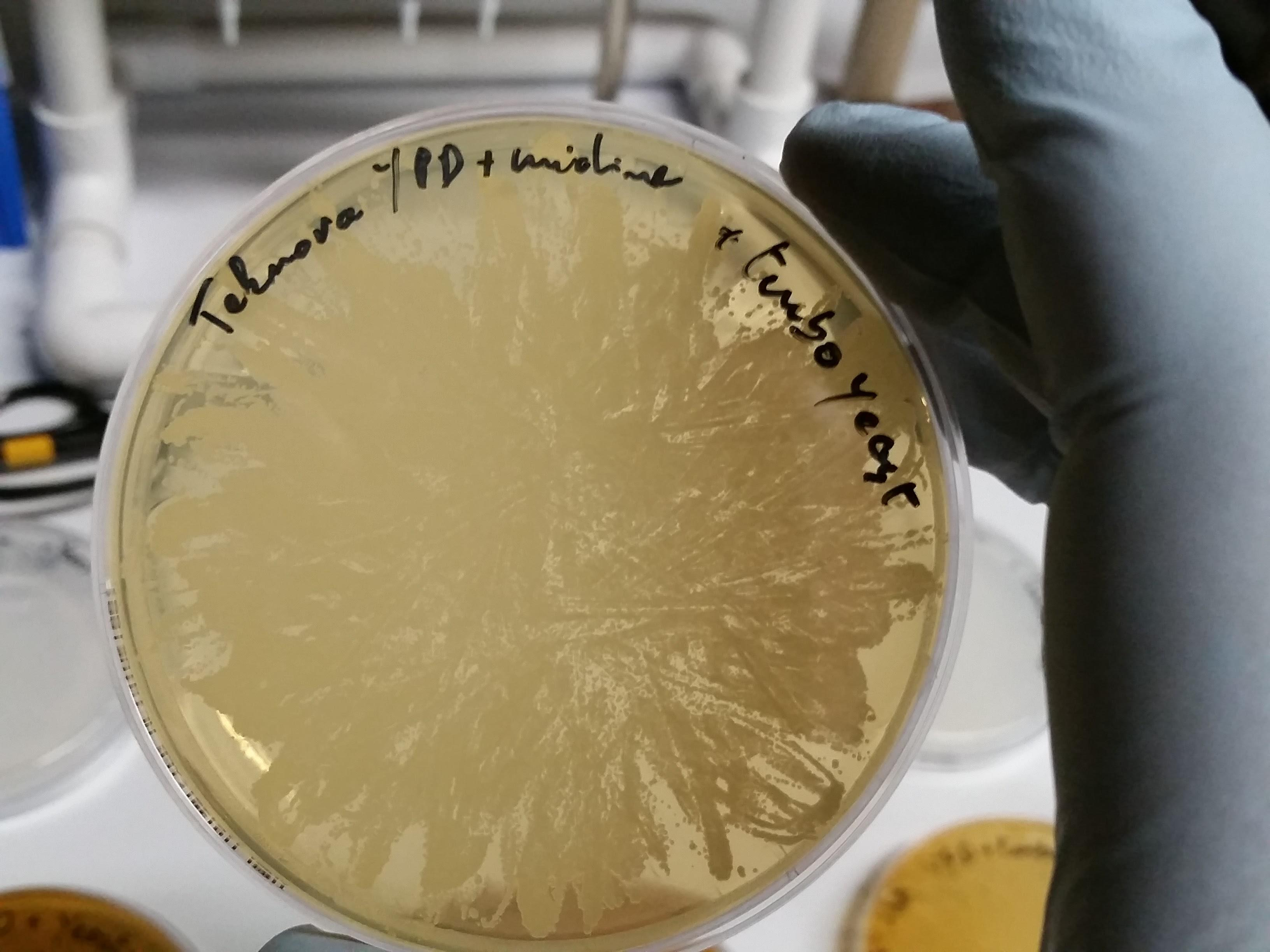 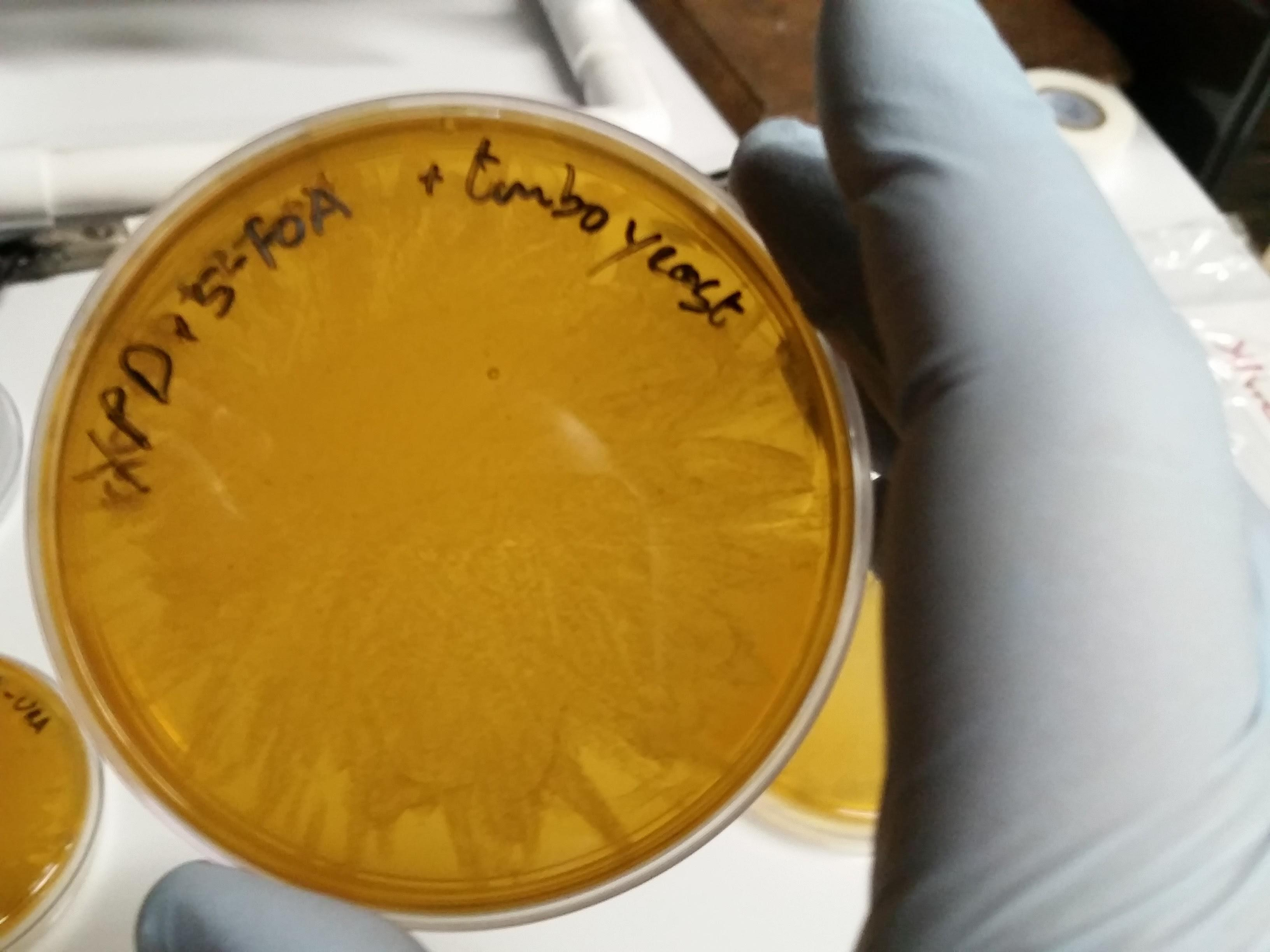 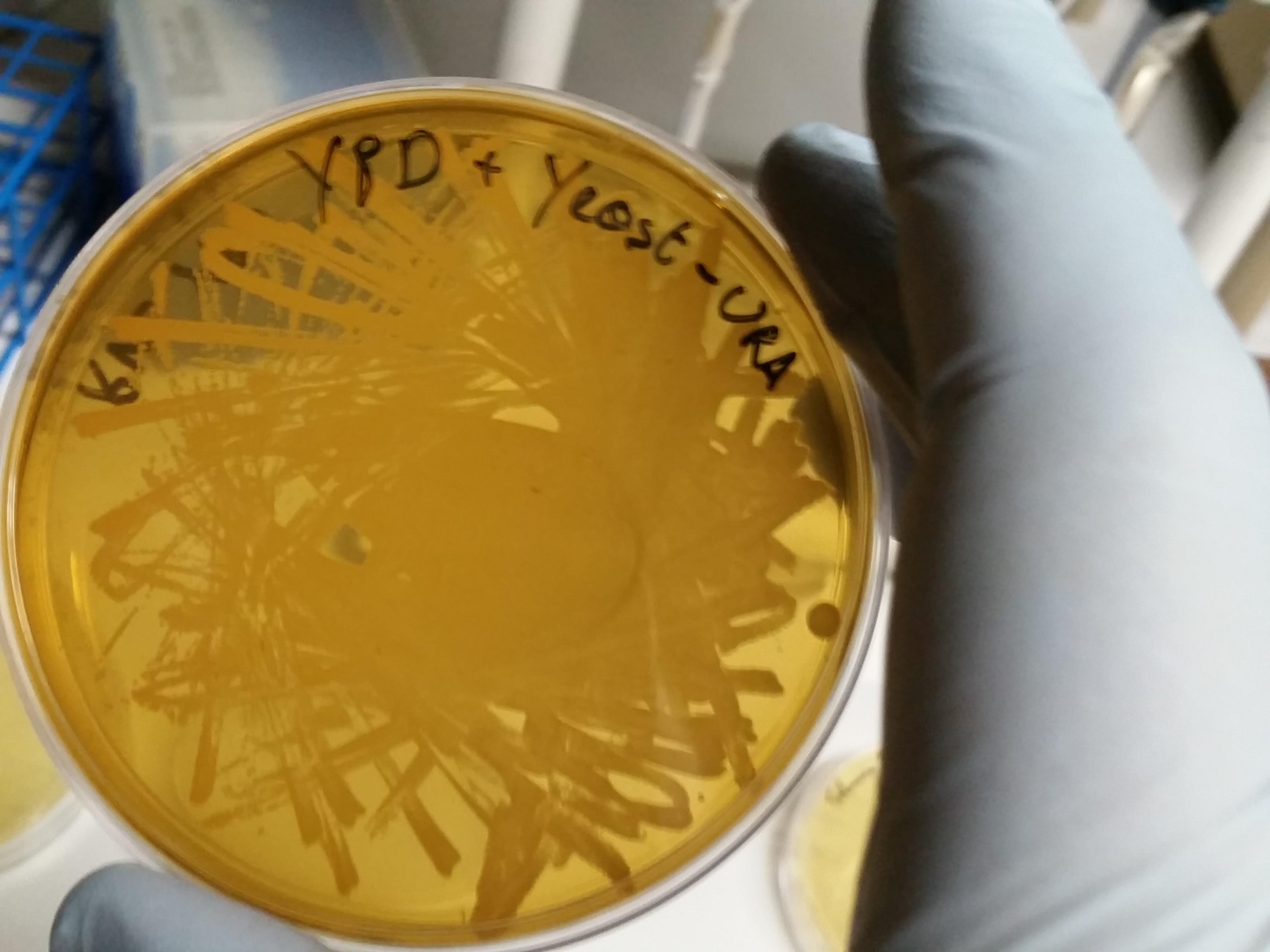 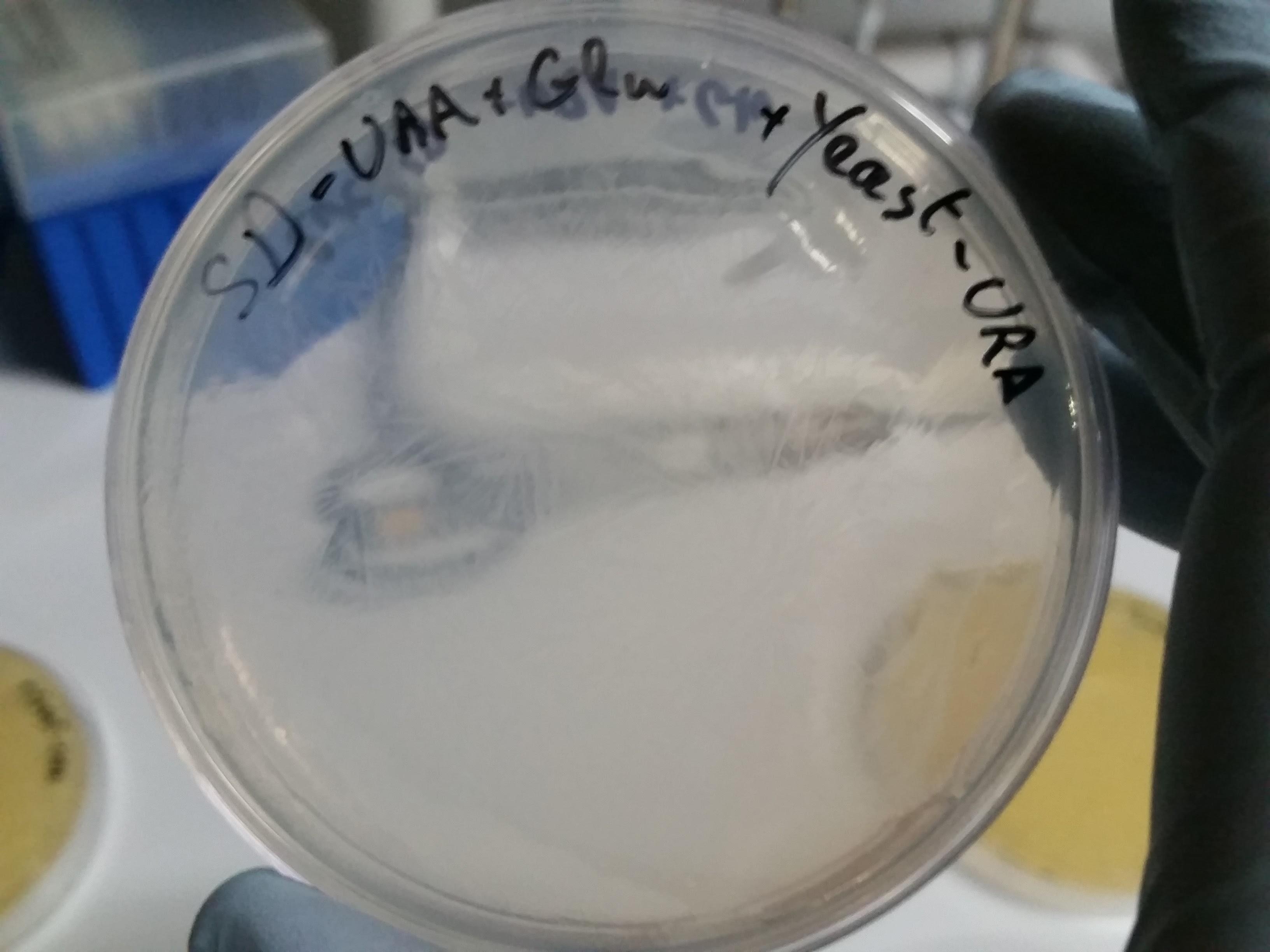 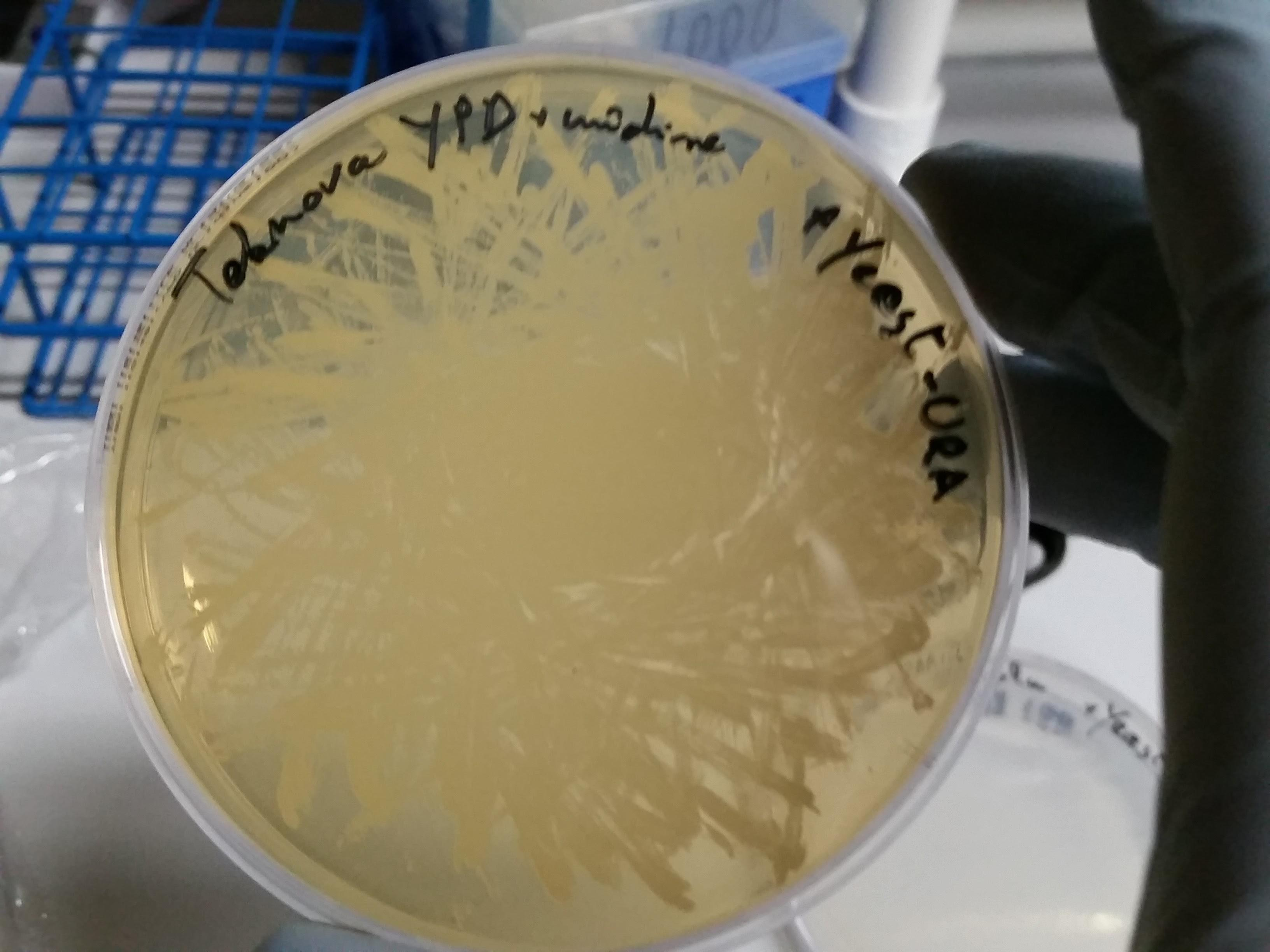 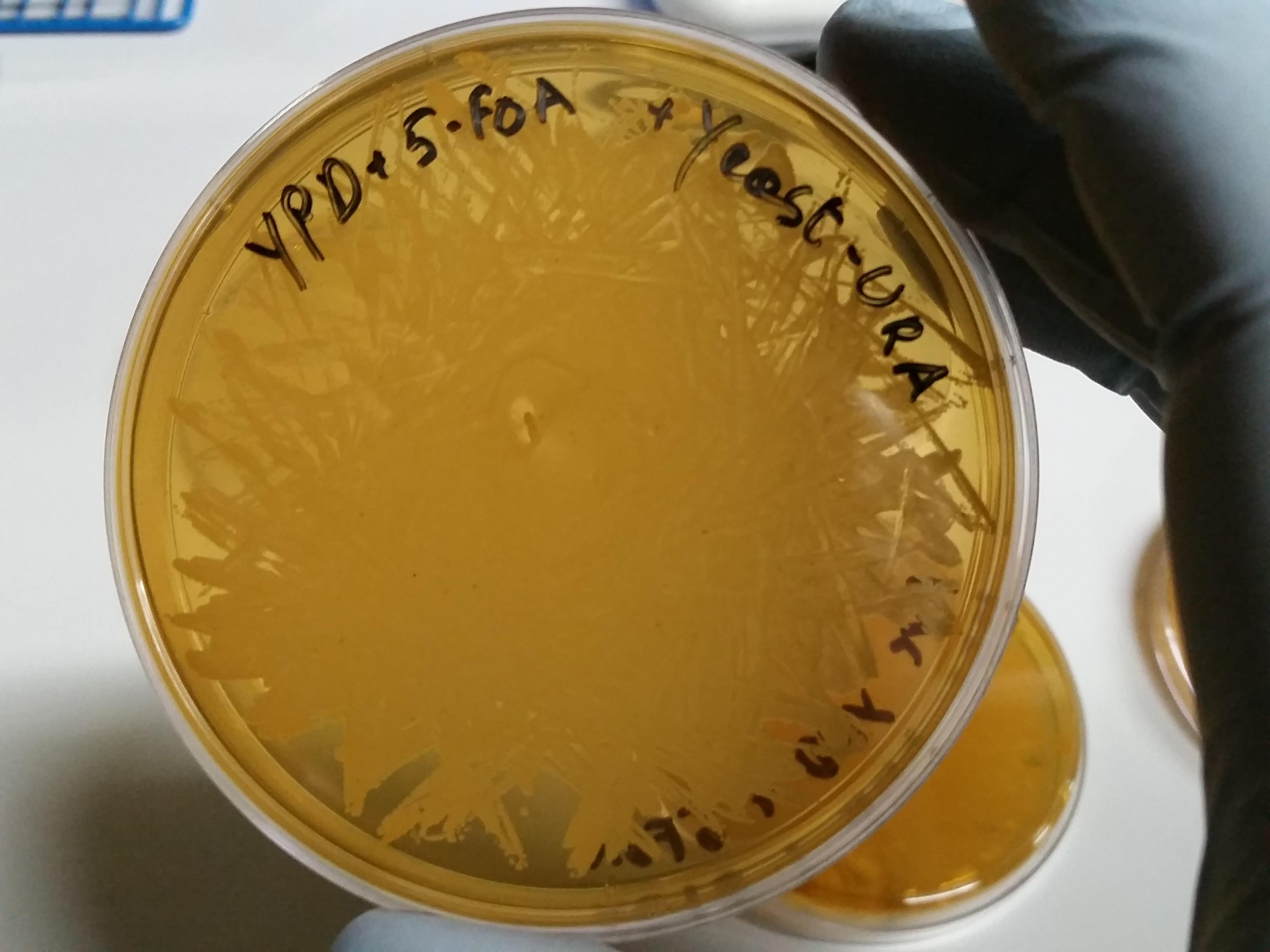 - Get a lab yeast strain that we know is sensitive to 5-FOA - Verify concentration of 5-FOA and defined medium to use - Pour some more YPD, YPD+5-FOA and SD-URA plates - Restreak with URA- and 5-FOA sensitive yeast strains